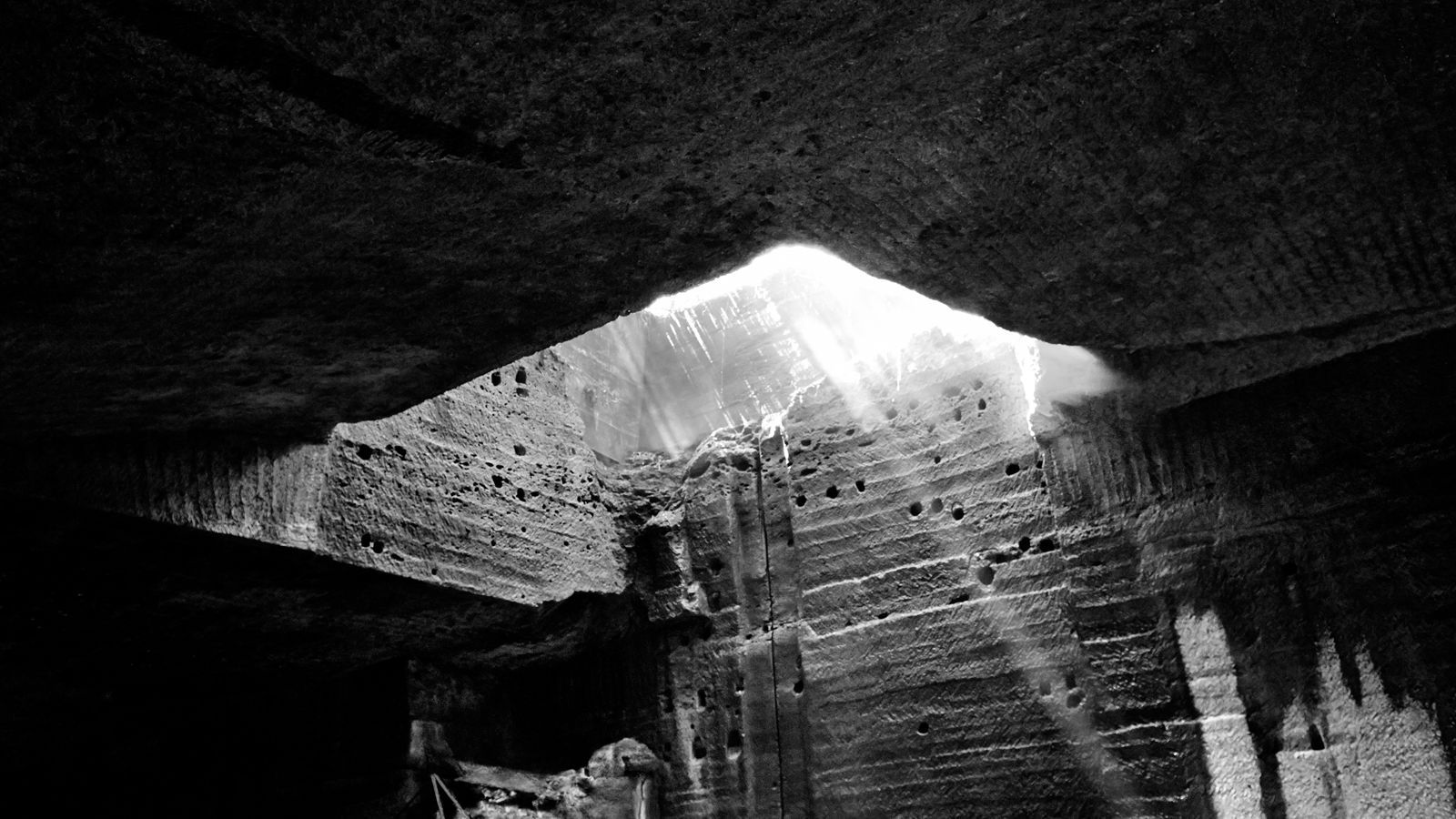 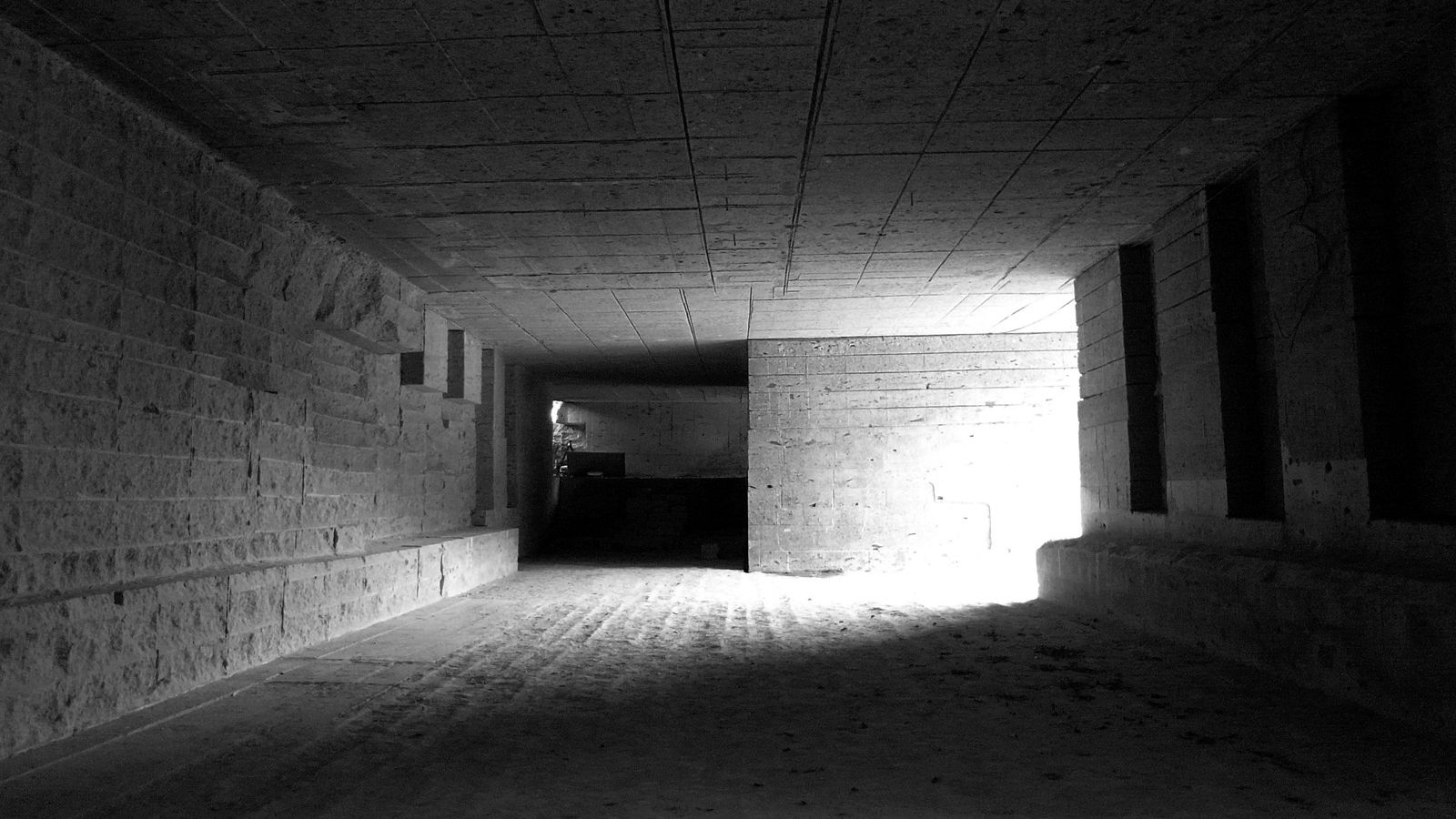 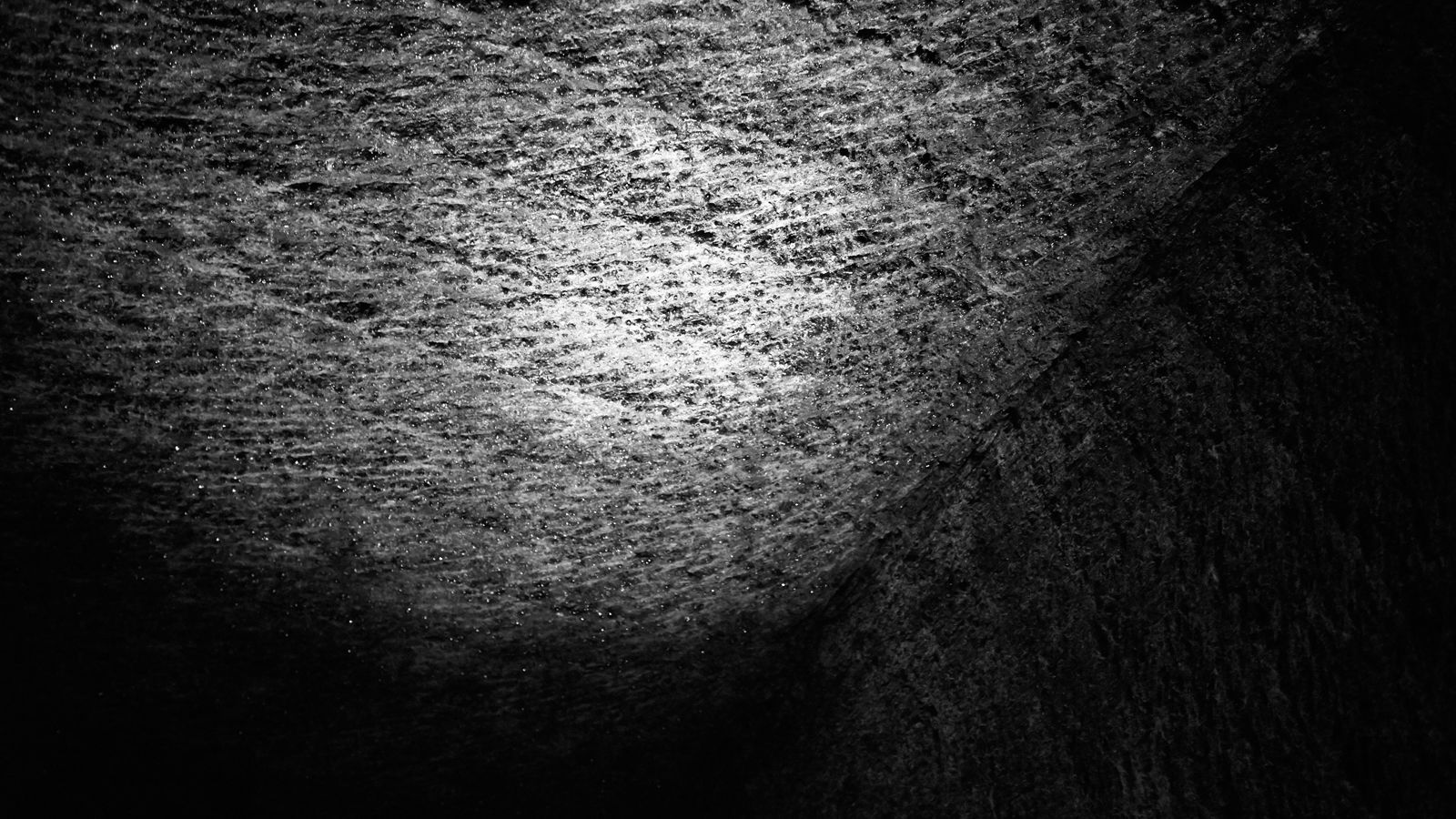 What is OHYA UNDERGROUND? 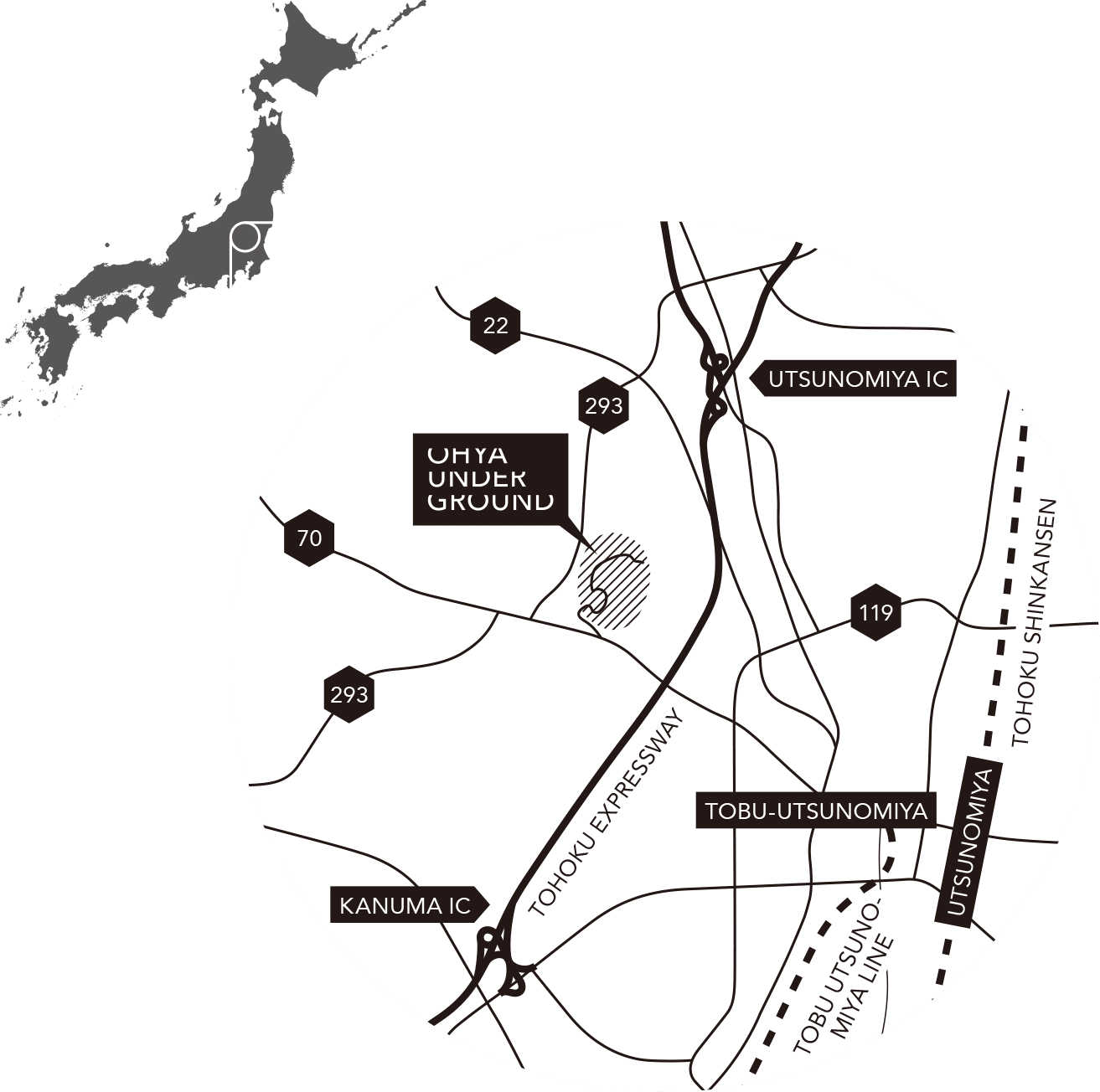 Underneath your feet on the ground “the unknown underground spaces” are dotted for the spread of 2 km (1.2miles) north and south and 1 km (0.6miles) east and west.

Mysterious ocean-blue sun rays the sun pours forth from above the top of the shaft which could only be seen in mid summer, the perfect darkness in the underground deeper than 30m (98 ft), and a huge underground pond spreading out about 2,000 m2: these are the fascinating strange sights you can find in Ohya area in Utsunomiya city in Tochigi Prefecture.This area is known as the tempting filming spot for movies, TV dramas and music videos.
Most of the attractive sights in this area belong to the private property and are not usually allowed to enter: only OHYA UNDERGROUND project can serve you the program of new superb experiences.

The History of Ohya Quarry

Special Experiences in the Outstanding Landscape at OHYA UNDERGROUND
Here is what you have never seen: the unique superb view created by nature and human. Not only an exciting tour but truly special experiences are waiting for you. We are looking forward to hearing your inquiry.

What Is Our LLP Chiikikachi (Regional Value) Project？ 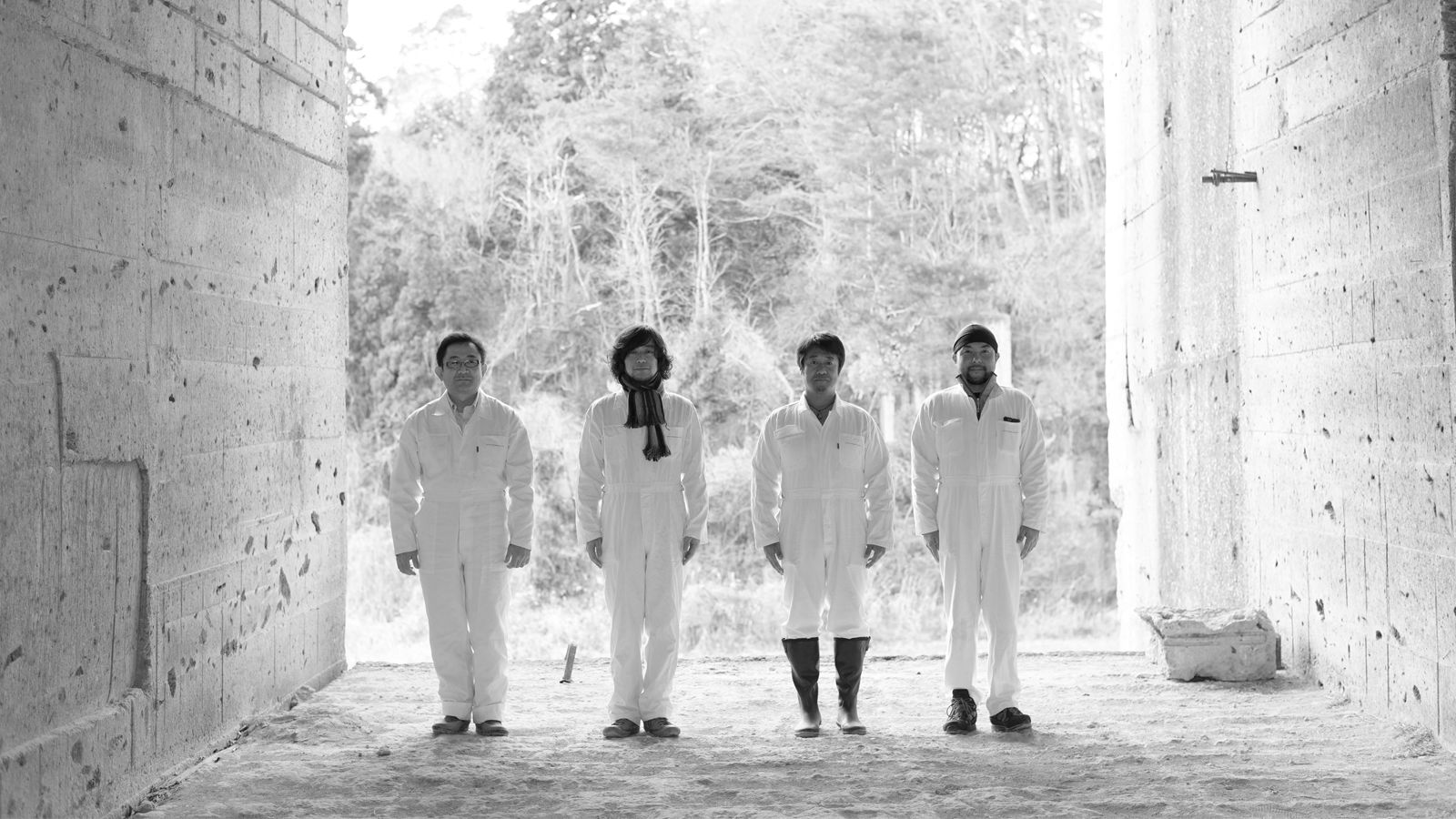 We will make the most of our natural and human resources we have HERE NOW in Ohya, work in close cooperation with the regional community, make new jobs, and create and suggest new life styles.

LLP (Limited Liability Project Association) is the cooperative business organization made for the purpose of Ohya resource project. Four of us who love our native place started the project in the full conviction that the abandoned quarry site will be the potential resources of Ohya area and established LLP in March in 2013, wishing that the value of the area and community will be elevated by making full use of its resources.
The four enterprises made two-year careful preparations to make sure of the safety of the visitors, made monitor tours with the total number of 100-150 participants who helped us improve our plans, searched for more possible plans in cooperation with the community.
Now LLP Regional Value Plan starts and we send an unknown charm of Ohya area to you all, and wish to create and develop life fertile of schemes and pleasure for both the visitors and the community.

HISTORY The History of Ohya Quarry 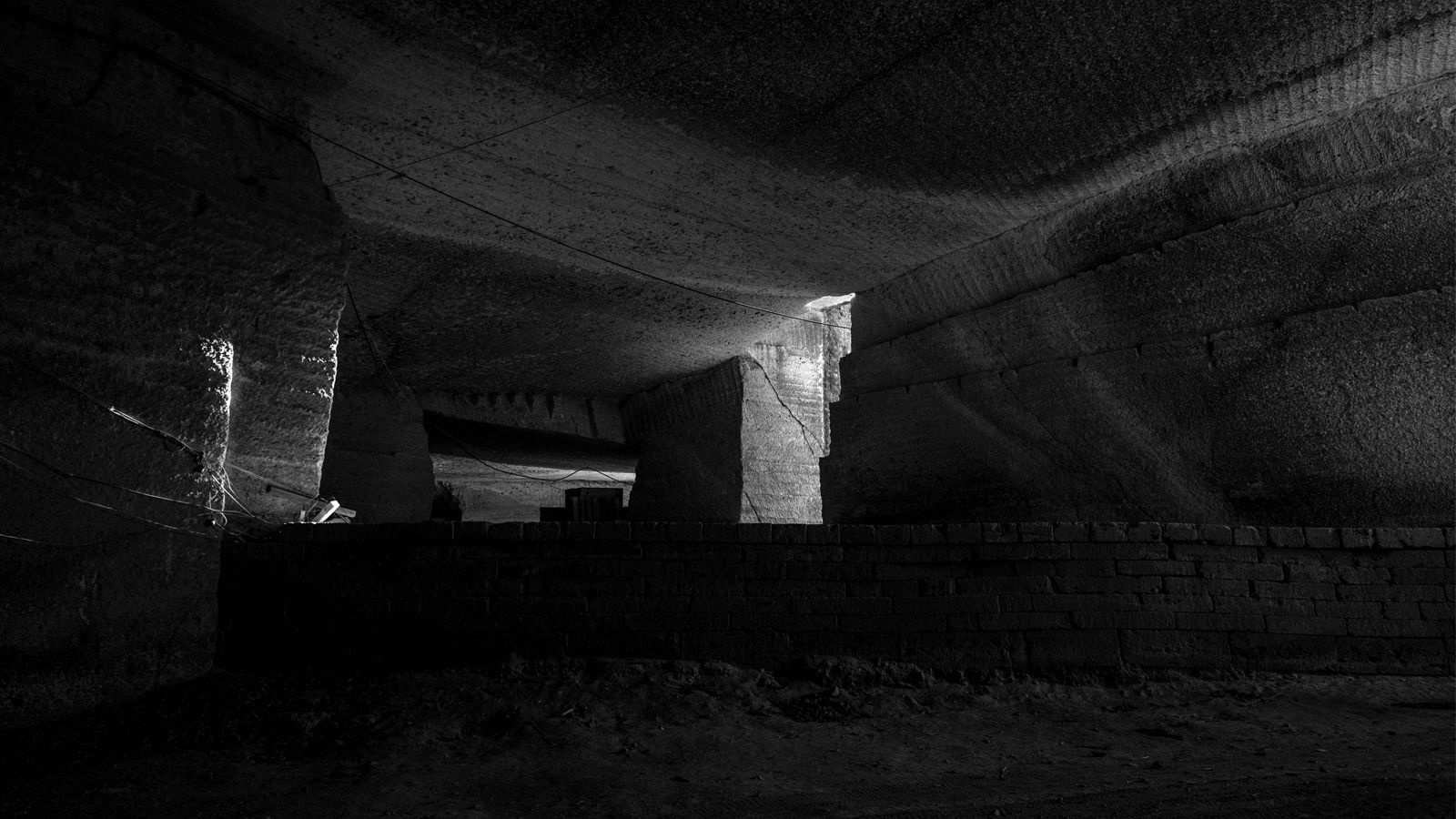 The history of using Ohya stone goes back to the Old Tombs Age (A.D 250-700). It started to be used first as stone tombs and came to be quarried as the architectural material for buildings in earnest in the middle of Edo Era (A.D 1650-1750). Its characteristic of earthquake resistant and resistant for fire was proved at the time of the great earthquake in the eastern part of Japan in 1923. For a long time every quarryman used only seven kinds of pickaxes, and dug 3600 times to get one block of 18 cm (7 in) thick, 30 cm (12 in) wide, 90 cm (35 in or 2.9ft) long, and 150 kg (330lb) and he could only produce 12 blocks a day. In 1952 the Building Stone Cooperative Association started mechanization: it imported a French chainsaw cutting machine in 1954 and made two trial cutting machines. This enabled quarrymen to cut stone blocks into standard size and surface them. Then new quarrying machines took the place of manpower in 1957 and this brought full automation and mass production in 1960.
The rapid development of traffic network helped the distribution of the heavy stone to all eastern parts of Japan including Tokyo. Ohya stone started to be utilized in various ways: not only ​for buildings like warehouse, factories, fireproof walls, and houses but incidental facilities like stone walls, gateposts and porches and also civil engineering use like earth-retaining walls and gutters. Ohya stone came to be in the limelight when Frank Lloyd Wright and other architects of Western-style architecture gave attention to its quality of easy dressing and refined appearance and Wright utilized it to build old Imperial Hotel in Tokyo in 1922. Next year other more important values of earthquake resistant and proof against fire were highly noticed after Imperial Hotel survived the destruction and fire caused by the great earthquake.
Then came the rush of distribution of cheaper imported materials and new building materials, and this made Ohya stone industry retreat and the number of the quarry factories which counted more than 100 in 1950’s reduced to only 8. And yet they still keep producing and distributing 20,000 t every year. Total Ohya area with the spread of 4 km (2.5 miles) north and south and 4 km (2.5 miles) east and west still preserves the scenery of the quarry as it used to be. It has 250 abandoned stone pits within the total capacity of 12 Tokyo Dome’s. The quarry site has some types of excavated pits, such as an adit, a shaft, and an inclined shaft. It also has skylights for quarrymen to make sure of their positions, and tunnels to carry out quarried stone; now these holes on the ground keep sun rays in to light up the patterns on the walls which are the unintentionally created designs by digging and cutting stone regularly and rhythmically. Some abandoned shafts and tunnels have gathered groundwater and rain which oozed out of the rocks and made a huge underground pond; with its spread and depth you could call it an underground lake. 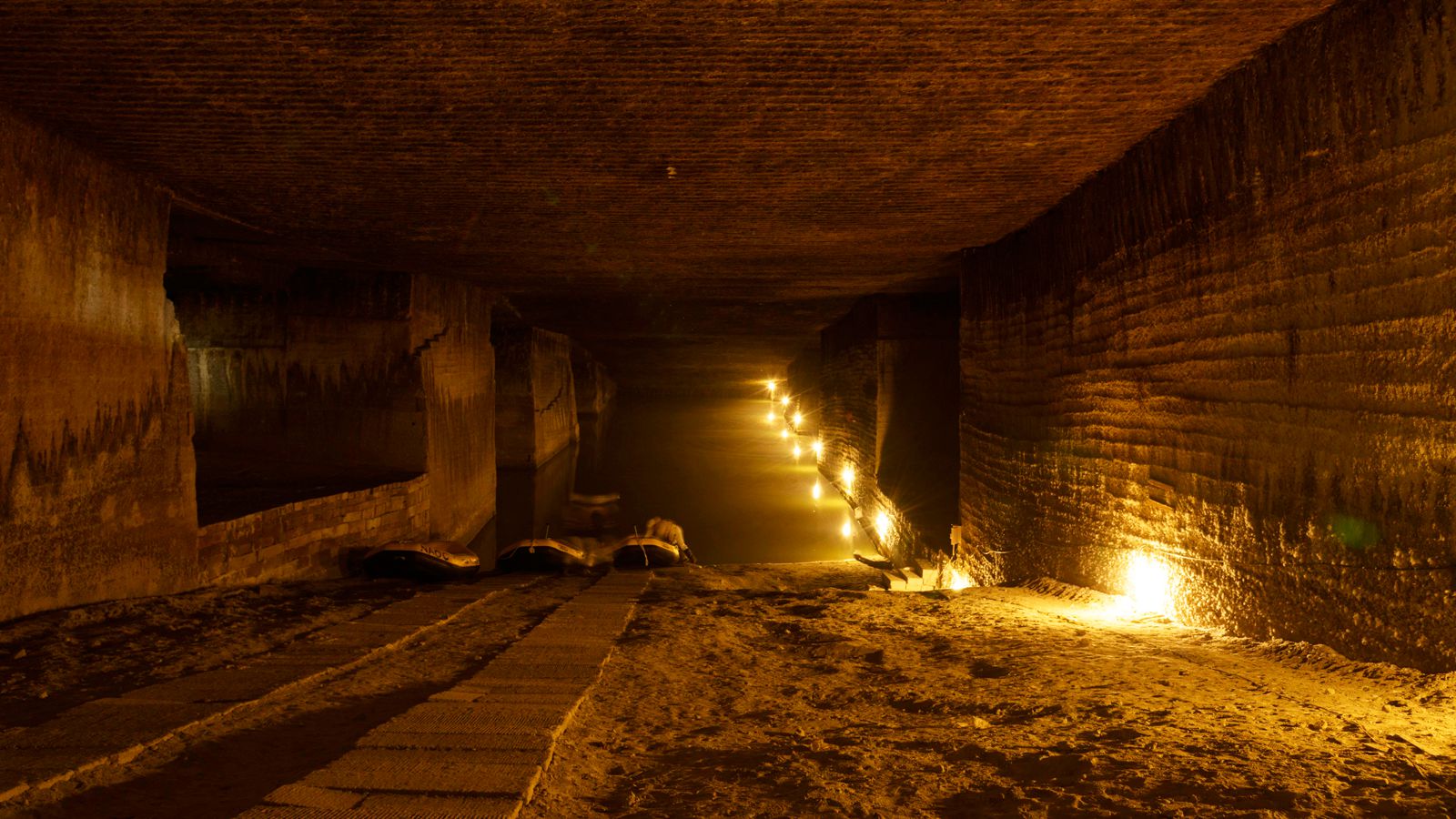 New Experiences and Discovery Which Could Be Attained Nowhere Else

Try an exploration to underground space which you usually have to keep out without permission, underground cruising, and an experience to soak in complete darkness.
What’s more, a hiking in the hilly land in the rich natural environment, a visit to an active quarry, and other various activitiies will be offered. 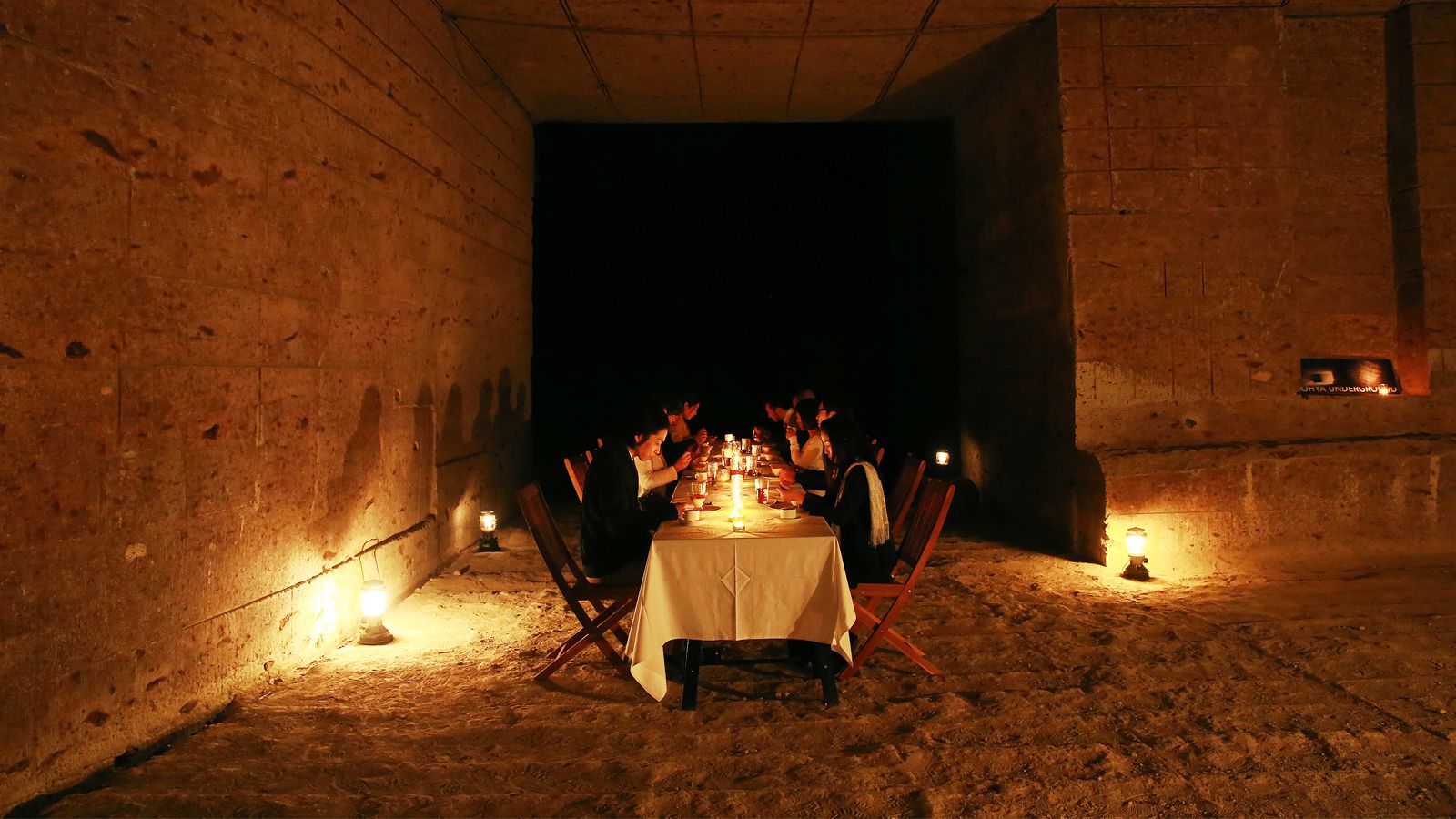 Tasty Dinner in an Outstanding Site

Take a cordial full course dinner which the best four chefs in Tochigi cook and serve you with the best seasonal meat and vegatable of the area. The table will be set in the most pleasant place we recommend in Ohya area.
The sharing of the time together not only with your family and your friends but also with other tourists, the chefs, the hosts and the guides as well as the unique tour and the new experiences will approve itself to you. 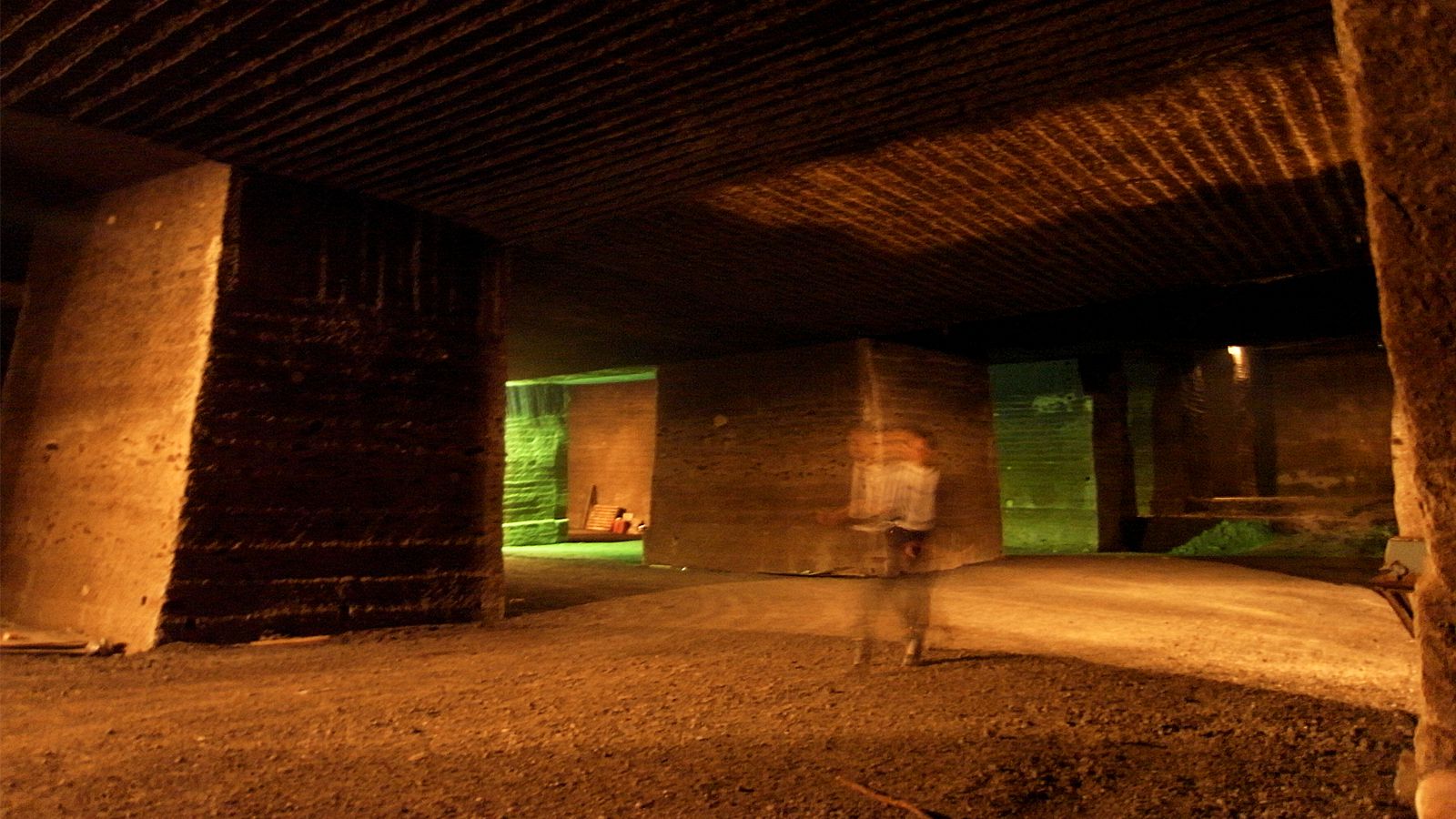 The varieties of peculiar sites Ohya rocks have created, such as a huge space 50m (164 ft or 55 yd) deep under the ground, an abandoned quarry site, peaceful countryside, groves, rocky hills, and a primeval forest. These are extraordinary sites open up great opportunities for photography, filming, social gathering, merchandise exhibition, and art exhibition etc. 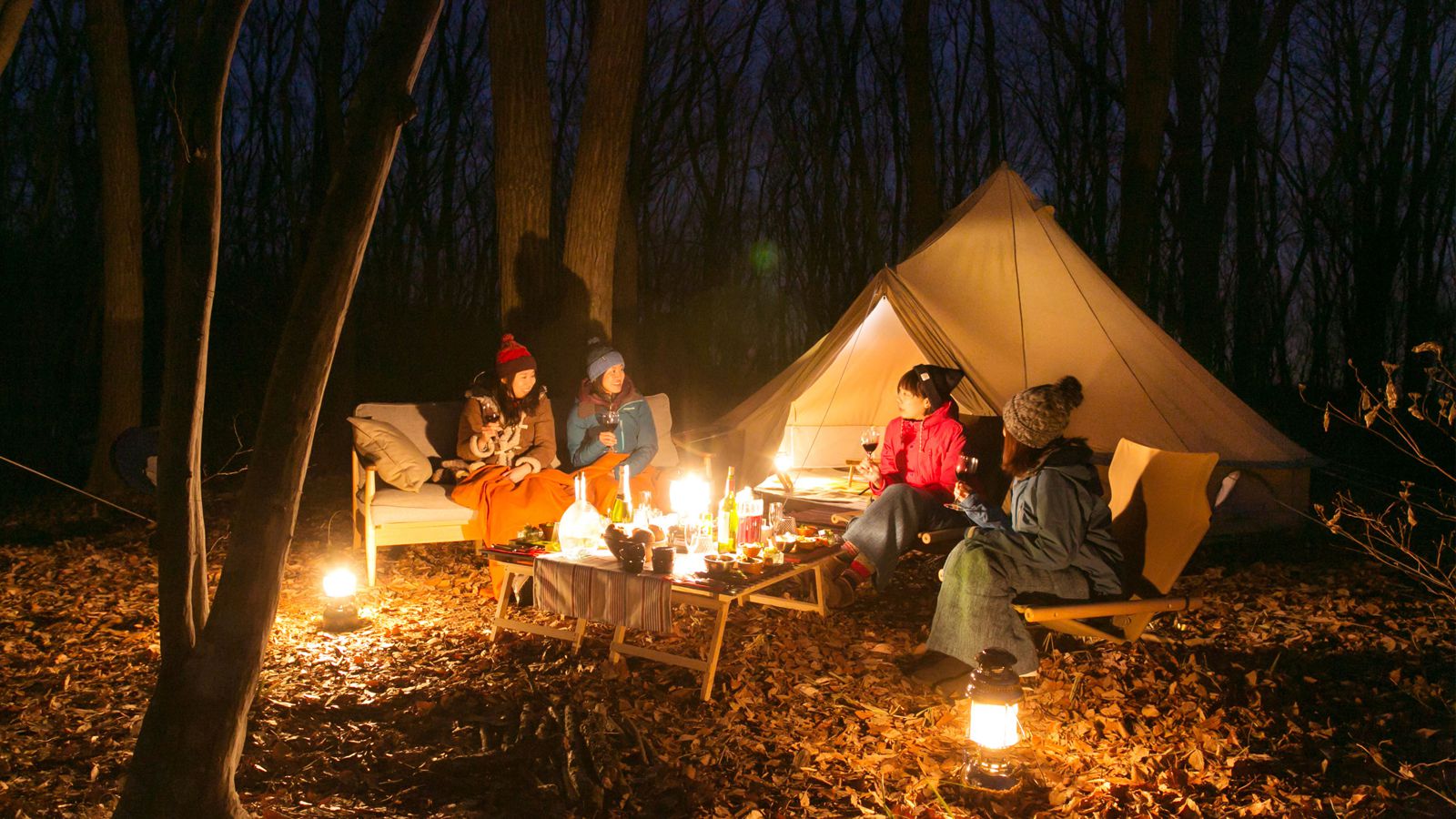 Tochigi Can Offer Relaxing Camping out

Come join the camp without preparation.
We will serve fresh and tasty seasonal food of Ohya for you to dine at ease and also sleeping accommodations will be available.
Spend time in the woods without the hustle and bustle of your daily life yet not so far from your everyday life. You can have gorgeous hours in your own space and time.